I Don't Wanna Follow Death And All Of His Friends... by Upto12

Let's get a few things straight:

2. I'm not here to tell you that you shouldn't like Coldplay.

If nothing else, remember those three things as we dig into a long-running Kyality vs. Upto12 debate. It's important that you know, that I, Mr. Upto12, own every Coldplay album (I even bought Viva La Vida from iTunes and on vinyl). There was a point in time (around Rush of Blood) where I probably would've put Coldplay in my Top 7 (maybe Top 8) bands. Then XandY happened. I didn't hate it. In fact, I still love a few tracks (if you don't love Fix You, you have no soul). But I couldn't help but feel like the Coldplays (TM: Kyality) had let me down. This was supposed to be a band on the rise, right? The next U2. The up-and-comers ready to take over the world. And, no matter how much you love that album, there's no convincing me that XandY is great. It's just not. It's borderline good. It's comfortably fine. It's decent. It's easily the weakest effort in the Coldplay catalog.

And that brings us to the anticipation of Viva La Vida. The story's been told a kajillion times. Brian Eno! That dude who produced the Arcade Fire! Innovation! Experimentation! Coldplay carries the torch! Military costumes! And, well, that's just what we got. Kinda. That's what we got on the surface, anyway. At its core, however, Viva is just another good Coldplay album. It's got some big beats (Lost!), some overbearing strings (Viva La Vida) and songs that change tempo, key and direction (42). But there's nothing truly fresh and fascinating here. It's good BritPop/Rock. I enjoy it from start to finish. I listen to it frequently. I think the chorus on Death and All His Friends is probably the most arena-worthy anthem I've heard this decade. But I simply can't convince myself that this is Album of the Year material. And I've tried. I really have. 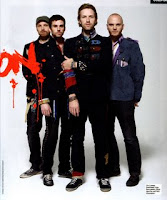 (A quick aside. Maybe the one thing that blows my mind about Viva—and the continual praise the mainstream press piles on—is that I've only heard two other people call this album what I think it really is: A great James album. It's crazy. This album sounds more like James than any other comparison I can think of. Yet it's compared to U2 and Arcade Fire and a dozen other ridiculously non-applicable bands/albums. Just listen to Lovers in Japan again and tell me it's not a James song. Yet another reason you should never read the reviews in crap-rags like Entertainment Weekly or [sadly] TIME. Now I'm just angry.)
Where was I? Probably doesn't matter, does it? Let's try this...
To tragically modify and borrow from an analogy tossed around the Struck hallways... At the 54th Annual Rock n' Roll Torchbearers' Pot Luck, what is Coldplay bringing to the table? Political awareness? Uh, Bono's stashed enough in the freezer to keep us aware for the next 35 years. Good looks? Well, maybe... we all know Kyality's got a fierce man-crush on the drummer, but have you seen Beyoncé lately? A Jay-Z remix? There's a whole truckload out back. Dance moves? Did you see JT's impromptu Weekend Update appearance? Gwynnie? Okay... now we've got something to talk about. 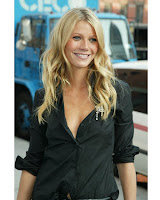 Strangely, the Gwyneth connection clarifies my Coldplay ambivalence more than anything else. Remember when Shakespeare in Love won the Best Picture Oscar? Over Saving Private Ryan? It's a decision that gets more and more ridiculous every year. I just watched Saving Private Ryan last week. It's amazing. A masterpiece. Shakespeare in Love, on the other hand... it's okay. I mean, it's good. It's cute. It's clever and just a little bit sexy. But it's just not a Best Picture. No way. No how. And I think that's how we'll look back on Viva La Vida.
In 10 years maybe we'll be wondering how we ever thought Viva La Vida was better than Carried To Dust (Calexico), Intimacy (Bloc Party), For Emma, Forever Ago (Bon Iver), Visiter (The Dodos), Fleet Foxes (self-titled), The Midnight Organ Fight (Frightened Rabbit), Re-Arrange Us (Mates of State), Rook (Shearwater), Med sud I eyrum vid spilum endalaust (Sigur Ros), Dear Science (TV on the Radio), and even the backlash-ridden Vampire Weekend (self-titled). Or maybe I'm a complete idiot (highly likely) and Coldplay's Viva La Vida will turn out to be more like Braveheart—a good movie that didn't seem to quite merit a Best Picture award but turns out to be endlessly rewatchable and even gets better over time—than Shakespeare in Love.
Time will tell, I suppose. But, living in a time when the world's greatest pop/rock is only a click away, I can't help but feel that we should exercise a little more elitism in our musical selections. Shouldn't we seek out music that challenges us in positive and enjoyable ways? Shouldn't we set the Album of the Year standards a little higher than "a good album that was a nice step forward for a pretty good band"? I'd hope so.
Then again, I'm watching Kung Fu Panda for the fifth time while the world's greatest movies are only a click away. Pot. Kettle. Black. I get it. There's still time to work out my resolutions, right?
P.S. Kyality's 100th post is right around the corner! Stay tuned!
Posted by upto12 at 3:06 PM

How dare you slander James and call this a great James album, especially when James released a far superior album this very year?

Ha, Jimbo. I just meant that it'd be on the higher end of the overall James spectrum. "Great" may have been a little strong. Maybe Top 3-4 in the James collection? I don't know. I just make this stuff up as I go along...